Valentine’s Day’s over. I made a big deal about it because the stories I write are love stories. This blog is about the love stories I write and about the love story I live with J. All the other stuff I write about is at least tangentially related to one or both of those things. Today’s not wholly different in that regard, because this post is about a few writers who influenced, inspired, and awed me with stories they wrote, from basically the moment I had enough taste and intellect to form my own opinions about the written word. These are three of my all time favorite writers period…without breaking anything down by genre or media or niche or time period…or socially constructed human sub-groupings. In fact, they are three of my top ten…maybe even of my top FIVE writers that I admire in life. And they are all black women.

February is Black History Month. I’m white. So I can’t write with authority about the black experience, modern or historical. I’ve sought to educate myself about the many layers of racism and how it historically and presently affects the lives of black people and how I benefit from it and how I contribute to it, but my white privilege does and will leave me forever ignorant to what their experience is really like, and probably also to the benefits I’m unintentionally reaping from and the contributions I’m unwittingly making to racism, at least to a degree. I don’t have a huge audience and I don’t have any political power besides my one vote (which I try to cast wisely for candidates who are clearly the most ‘pro-black people’), so there’s not much beyond listening to and believing and learning from the experiences of black people, and self-correcting my own mistakes and example that I can do to change things for the better. But something else that I can (and in my opinion SHOULD) do, this month in particular, is use the voice and reach I DO have to amplify the voices of black people. Especially those people whose stories personally affected me and changed my life (doubtlessly for the better).

I grew up in an overwhelmingly white area. In fact, I’ll just say that until I was twelve going on thirteen, I had never even seen a black person beyond mass media…namely sports, music, and TV. (Thank you Sesame Street and The Electric Company and Good Times and The Jeffersons and A Different World and a few other 70’s and 80’s sitcoms and MTV, respectively.) I never read a book or saw a movie written by an author/screenwriter or even featuring a main (or even a major supporting) character who was black. We vaguely covered The Civil War in fifth grade history, and we did learn that it was fought over slavery (which is apparently up for debate in some places, so at least my school gave me THAT much), but beyond that, we didn’t even go over Black History, or the priceless and overwhelming contributions black people made to U.S. and world history and culture. It just never came up. I learned about Jackie Robinson and Martin Luther King at home from public educational television and my grandparents.
And then in the 7th grade I moved from a 100% white real-life existence and experience to a bigger, (very slightly but still noticeably) more diverse school district. I’ve always been socially anxious, and switching schools in middle school only made my ‘be quiet and try not to get noticed’ nature more pronounced. This had nothing to do with the changing diversity factors, only the newness and the size of the crowds I was now placed in, but I spent a lot of time looking at my knees. And inside books.

I’m convinced without Maya Angelou, I wouldn’t have made it through middle school with a shred of sanity.

I read I Know Why the Caged Bird Sings and then everything else she wrote that I could get my hands on from the public library. Her poetry made me feel empowered, even though I know she didn’t really write it for me. Her biographical prose was a testament to the courage of a girl who didn’t talk for a while because she thought her voice hurt people. But really? Her voice has only helped people, from what I can see. It certainly helped me. She had an uncanny, painfully beautiful way with words, and she’s often quoted (for good reason), but the one quote that sticks out the most for me, and that stuck out the most for me when I was young and lonely and afraid isn’t elegant and eloquent, really. It’s short and simple:

I needed those five words in a bad way when I was a young teenager. And I still need them now at forty.

Then I was introduced to Toni Morrison in college; another time of upheaval and fear and loneliness and huge personal growth.

I was assigned to read Sula for a literature class I ended up having to drop due to scheduling conflicts with my major and minor, but I never sold the book back. And when my schedule allowed for more reading for pleasure versus duty, I started burning through every novel I could find of hers. She’s an amazing writer. The narratives she weaves are spell-binding. I’ve never started a book of hers and didn’t finish it in fewer than three days…even the ones I read when I was a sleep-deprived, exhausted new mother. I’ve quoted her before in other posts. She gave me the courage to write down the stories in my own head. And she gave us all this pearl of wisdom from her book (my favorite one of hers in an array of masterpieces) Song of Solomon:

“You wanna fly, you got to give up the shit that weighs you down.”

And now, I’ll talk about adulthood, and being out on my own for the first time. And I met J. And right before J and I got married is when Grey’s Anatomy first aired on TV. Yeah…it’s a soapy medical drama. But I fell in love with the words of the writing and with the diversity in the casting. I don’t normally like serial television. I like some older sitcoms and detective shows where each episode wraps itself up at the end and you don’t have to necessarily watch them all in order (Barney Miller…Cheers…Night Court…Scrubs…Crazy Ex Girlfriend…Pushing Daisies…Dead Like Me…A Different World…Psych…Columbo…). I watch cooking shows and educational and historical documentaries (The Great British Baking Show…Iron Chef America…Ken Burns’ Baseball…filmed biographies, mostly of artists and figures from social and cultural and scientific history). I never watched a soap opera before; daytime or prime time, but I was hooked on this one. So I found out who wrote it…Shonda Rhimes. 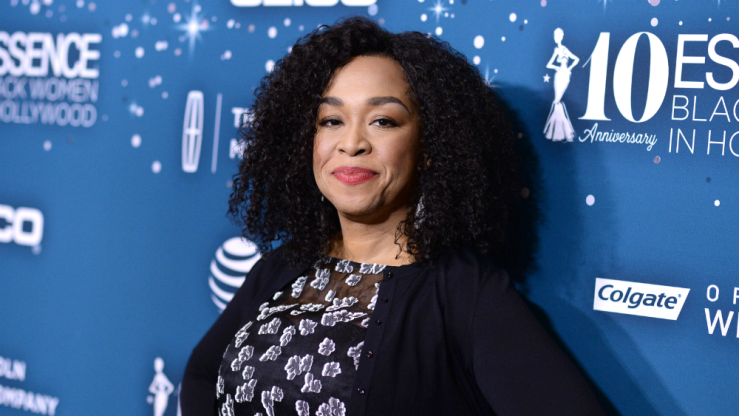 I really CARED about these fictional people she created. I cried when they cried. Now, I’m an empathetic person, and I can actually be brought to tears fairly easily, but that NEVER happened to me watching a television show before. Ever. Only in books and films and real life, pre-Grey’s. And I think her work…the fostered emotional connection part of it, especially…has influenced the way I write fairly significantly.

So I’ve heard (I still find this bizarre…awesome, but bizarre) from a few loyal readers (I have loyal readers…????!!!!!!) chomping at the bit for my next book to be done. I assure you, I’m working hard on it. And all of them (SO WEIRD! Sorry…I doubt I’m ever going to get used to this) said this exact sentence to me, ‘What am I going to read while I wait?’

Well, for the rest of February, I’ll give you a few ideas. I’d love to discuss these books with you if you read them. I love them all…
I Know Why the Caged Bird Sings, And Still I Rise, and All God’s Children Need Traveling Shoes by Maya Angelou.
And Sula, Song of Solomon, The Bluest Eye, and Beloved by Toni Morrison.

I’d also recommend watching the biography documentary And Still I Rise on Dr. Angelou to learn about her life, and of course, you could binge watch Grey’s Anatomy. Haha!

When you read and watch this work, though…recognize not only the obvious quality of the work, but the experiences and history that informed it. I don’t know who all of my readers are, obviously, but know at least a significant percentage of them are white like me. As white people, we need to take some initiative to learn about experiences that aren’t like ours, and consuming fiction and memoir and biography written by black people is a fairly low-risk, low-effort way to do that. It’s the very least we can do during Black History Month. And year round. And through our lives. So we can better understand and care for and about each other.

PS–These won’t be the last books, etc. I recommend by black creators in the next couple of weeks. If you’re ever looking for something to read when you’re waiting on more work from me? Let me know. I have a long list of diverse voices that need and deserve to be heard that I’d love to talk about with you, and I’ll be promoting them from time to time, even without being asked that question, and even without it being <Group of People That Doesn’t Include Me> History Month.