I’ve had a few of my readers ask me generally how I get ideas for stories, or where characters come from and how I decide to take them down a certain path or through certain events. 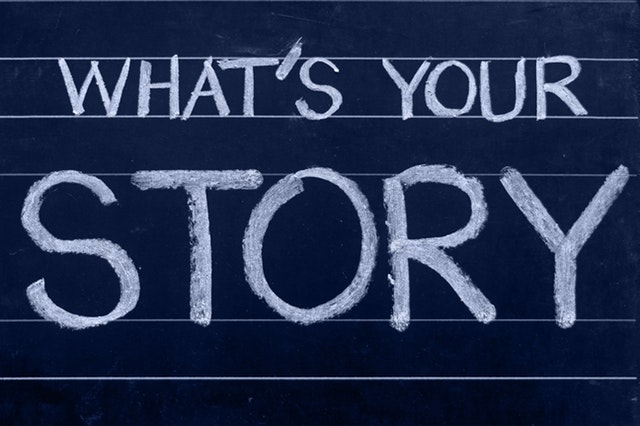 One of these folks compared writing fiction to ‘a language I don’t speak,’ and I think maybe there’s something to that. When I hear someone speaking a foreign language I have NO CLUE about like say…Danish or Korean or Swahili…I recognize it’s a real language other people speak, but it would be a whole lot of hard work to learn to speak it myself, if it were ever even possible. Whereas, to the people who are native speakers of those languages, it’s no big deal, because it’s just a part of how they live.

I think being a fiction writer is like that for me. I’m not sure how to adequately answer those questions, because it’s like asking a native Korean how they speak Korean. Their answer is probably going to be some version of, “I just do.” I can’t remember a time in my life that I didn’t make up stories in my head. Imaginary friends. Make believe conversations and events. Fantasies. And when I learned how to write, I started writing them down. Then, in late high school and early college, I started using a word processor, which allowed for a lot longer, more in depth stories, because I can type 60+ words per minute, but I definitely can’t write that fast by hand, at least not legibly. So writing fiction is like…a coping mechanism for me. It’s a part of how I live and how I get through life. It’s kind of like asking a runner how they go about running every day. Part of it is that they want to run, that they like running, but a part of them NEEDS to run…feels ‘off’ if they don’t run. I’m not a runner, I’m a writer, but it’s the same type of thing. If I go too long without writing fiction, I just feel…off. And that’s hard to explain to someone who isn’t also a fiction writer (and maybe even to them too). How I do it. The answers all feel like wiseass cop outs. If you asked a runner how they ran, they’d say, ‘Well, I put one foot in front of the other, generally faster than walking…’ And that’s kind of where I’m at with writing. ‘Well, I put words in order in my head and then type them into a word processing document and click save…’

But I’m going to try and explain my writing/creative process in more depth anyway. I might fail. I’m honestly not sure I fully understand the how and why of it all myself. It’s hard to explain something that’s ingrained in your make-up, but I’ll give it a shot using my short story, Weight.

Weight came from two events in my life connecting up in my head to form one fictional woman, Corinne Gibson. The first event was peripheral. I get inspired to write by people and things on the fringe of my life fairly often. This time, J and the Boy and I had taken a trip to an amusement park we like and we were in line for the Boy’s favorite ride (y’all…it is scary…the Boy is a thrill seeker, first class). We were ‘next.’ And immediately before us in line was a small group (this ride seats a row of like 24 riders side by side), and one member of the group was too large for the restraint system to close properly, so she had to exit the ride. She kind of handled it like, ‘Oh well, I tried,’ and the rest of her party was a tad bummed for her, but she went on with her day, as far as we know, just fine. We never spoke to her or anyone in her group. They were total strangers to us. BUT, when she had to exit the ride, my son looked up at me, heartbroken for her, and said, ‘Aw, man. She’s not gonna get to ride <his favorite ride at this park>. That STINKS!’ (Proud Mama aside here: I am super proud of my son and how he thinks about and feels for other people. I really truly hope he never outgrows this.) So I suppose a seed was planted there.

And the second event was much more personal to me and closer to home. The closest friend I have who lives near me worked customer service management at a bank a few years back. She was relaying a bad day she had on the job to me on text (she’s a good friend: she never calls me). It went like this:

My Friend: <states bank policy very clearly and politely for the ???? time to irrationally irate and sarcastic customer, but this is not what this customer wants to hear; he wants her to violate the bank’s policy just for him>

Jackass Customer: Aren’t you late for a buffet somewhere?

When she told me that, I just thought, ‘Wow. What a horrible thing to say to a person for any reason, much less because you aren’t getting your way in the moment.’ And I thought about how many times I’d heard people around me be nasty to fat people. And I thought about how many times my own feelings had been hurt by someone commenting about my weight or body. And I thought about that woman from the amusement park again. And I had to write it down. I made up an imaginary friend. One who WINS. One who doesn’t let those body shamers or mean people beat her optimism and hope and humor down. I made up Corinne Gibson. That is where she came from. That is how I took her down her path. If how I write is still unclear, I plan to try again with explaining it with my other short work in the coming days. I hope I can shed some light on my creative process for those of you who are interested in that, but I have a feeling it’s just going to be a lot of the same post saying minor variations of, ‘I see and hear things around me, and experience things myself, and then I make up an imaginary friend or two and connect things up strangely in my kooky brain and write it all down.’