I ask J what he wants for his birthday every year. He usually tells me (after thinking a while on it) what he wants me to make for dinner. And we plan a date night for some nearby weekend. And then I say, “I meant a gift,” and he says, “I have everything I need, Jen.”

Six years ago, on J’s birthday, we ended our son’s last year of preschool a week early, and we went to the airport and took a family vacation to Disneyland. 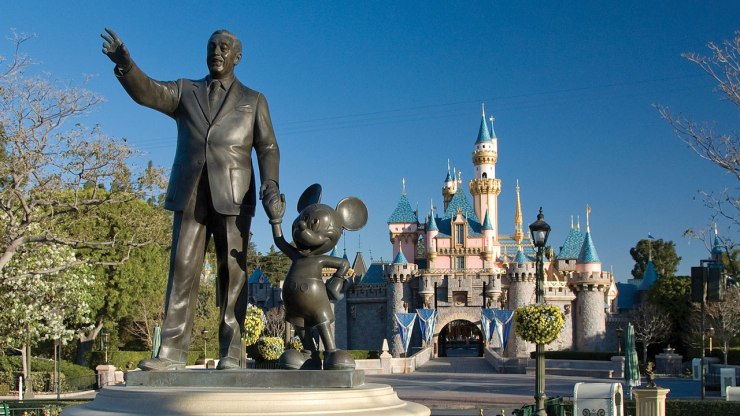 It was our Boy’s first time on an airplane, both our Boy’s and my first trip to California, and everyone’s first trip to Disneyland. So, that year, we spent the largest part of J’s birthday at airports (one of which was LAX) and rental car counters and driving in Southern California traffic and adjusting to West Coast time. And J smiled all day. (We did eat at In and Out Burger, but I mean, still…no cake, no party, no gift, full day of travel hassle and fatigue.) I want to give to J because he deserves to receive the very best; I want him to know he’s special to me and how much he’s loved and treasured; but also because I just like to give. It gives ME joy and satisfaction to make or do something for someone else that brings THEM joy and satisfaction. Our issue with gift giving occasions is…we’re both this kind of person, and we both grew up in families and situations where we learned to not want much…or anything. Or if we did want something, we learned not to talk about it…for varying reasons. J learned to not voice want because his family largely couldn’t afford to make it happen. And me…well…my folks certainly weren’t rich either, but…it was different for me. Here…let me try explaining it this way…

When I was a girl, we took ‘family’ vacations. We went to horse racing tracks, because that’s what my dad likes to do. There’s not much for kids to do at horse racing tracks NOW, and trust me, in the 80′s, there was even less for kids to do there. Remember that scene in Uncle Buck, where John Candy doesn’t want to take the kids to the race track? Yeah, my parents never felt that kind of moral dilemma or even potential inconvenience. I went to the track with my dad (the one that was less than an hour drive from our house) probably weekly, because he went at least every Saturday, sometimes every Sunday too, and he wasn’t about to stay home and watch cartoons or play games or generally be present with me, doing something *I wanted* and forfeiting what he wanted. I learned to like horse racing, and other sports my dad liked, so that I wasn’t always bored and ‘making a pest of myself.’ You know that Dale Carnegie quote: ‘You can make more friends in two months by becoming interested in other people than you can in two years by trying to get other people interested in you?’ Well…that strategy worked for the most part with my dad. Not with my mom, though. She wasn’t gonna give up her weekend shopping trips, either, so the weekend days I wasn’t at the race track with Dad, I was being dragged along with my mom through store after store, buying stuff (not stuff for me), mostly stuff we didn’t need. I never could get into shopping. On one of these shopping excursions when I was five going on six, I tripped over an untied shoelace while rushing to keep up with her (I’m an adult now and it’s still really easy to lose Mom shopping…it’s the fastest she ever moves), fell down, and broke my left arm (my fault, because I should have had my shoes tied). I cried that my arm hurt really bad, and my mom threatened me like she always did when I asked for her undivided attention for my pain. ‘Does it hurt bad enough to go to the hospital?!’ I have historically been terrified of and put off by medical intervention, so it really surprised her when I said ‘yes.’ That threat usually worked to shut me right up. She was still pretty dismissive and was more annoyed that she now felt obligated to take me to the hospital instead of concerned about my arm. She never apologized or showed me any kind of concession, even after the cast was on…even 34 years later.
Neither of my parents ever really became interested in me though. I mean, I understand the meaning and intent of the Carnegie quote, but…putting a lot into other people and getting nothing back…are they really your ‘friends?’ Is that really a healthy relationship? Personally, I don’t think so. It’s cool to be invested in other people. I get invested. But if you’re never going to put a couple pennies into me, no more of my dollars for you.
My parents really buy into that Carnegie philosophy, but only on the receiving end. Both of my parents would certainly never do something that’s mostly for their spouse and/or children on their birthday. Not without a LOT of complaining, even if it was something of necessity, and not want.
They are each the sort of person who thinks you’re selfish if you don’t change your life to accommodate theirs, and also selfish if you ever ask them to change their life, no matter how minutely, to accommodate yours…ESPECIALLY if it’s just for something you WANT. I learned early on to not want much, and of the stuff I did want, I rarely talked about it. It had to be a desire that was almost arguably a need for me to bring it up. And sometimes then I kept it to myself too.

So, six years ago, beginning that trip to Disneyland on J’s birthday brought up a lot of reflexive guilt. Want to know why we planned a trip to Disneyland at any time? Disney World is closer to us, geographically. We could have easily driven to Florida (and had in the past), and J has friends in Florida we could stay with (which would have saved a lot of cash). But it had to be the California one. Because CarsLand is only at Disneyland/California Adventure in Anaheim, not at a Disney park in Orlando, and our Boy was *obsessed* with Cars six years ago. ‘He’s only going to be five going on six once.’
My only trips to Disney parks have been as an adult with J and our son. Disney World and *especially* Disneyland weren’t places I was ever going to go as a kid, unless they decided for some odd reason to put a race track in the middle of one of them. (Probably would still have to be the Florida one. I was an adult living on my own before I ever got on an airplane…and that wasn’t ‘just’ money…)
My parents were never interested in accommodating their children on trips; we were expected to go where they wanted to go and behave and deal with the boredom (especially me).
‘You can’t always get what you want.’ (I rarely EVER got what I really wanted.)
‘Well, when you’re older, and you pay the bills, you can make a choice where you want to go on vacation.’ Well…now I’m an adult, and J earns the money to pay the bills, but he never makes me feel like shit about that now and I’m an ADULT. And we make plans and decisions together, but obviously, J lets me know if something we want is out of our financial wheelhouse (it never has been…we’re two people who grew up on austerity budgets, either out of necessity or general principle that kids don’t get says in spending family money and time or a combination of those things). But when I brought up Disneyland, as sort of a pie-in-the-sky dream, he made a choice to take us to Disneyland on his birthday six years ago. Because it would make our Boy happy.

Last year, we bought a camper, and we took a cross country drive to several National Parks with our senior dog along for the three week trip, so we didn’t have to leave her with someone (which always stressed me out, even when she wasn’t old). I’m so grateful for that timing. That we got to take her. Hands down, the best vacation of my life, and one of our stops that wasn’t a National Park was Disneyland. And that time, I know that stop was for me, because I wanted to go back. Our first Disneyland trip was the best vacation I ever took, until last year, which topped it. We’re going back to Disneyland, and revisiting some of those National Parks and going to new ones without our doggo this year, but I know it will still be a trip full of joy. Maybe we’ll top ‘best vacation ever’ again.
This year, just like last year, we’ll be on this long road trip on Father’s Day. J drives the motorhome and he’s the one who has to ask for time off from an employer, so he mostly designs these trips. I think it’s significant that on days we’re supposed to give him gifts and celebrate him, we’re away from home and traveling, so we can’t really do ‘birthday’ or ‘Father’s Day’ things. He’s just in the middle of big responsibility. J’s amazing selflessness is a gift to me, to our son, to our family, that really can’t be overstated or over-celebrated, but there’s really nothing I can do that’s worthy of it. So I just write him big long thank you notes on social media.

Today is J‘s birthday, and he’s super bad ass.
J, I love you, and I am so grateful and frankly still stunned that you love me back.
Happy Birthday ❤
Let’s go to Disneyland. 🙂