THIS IS A WORK OF ORIGINAL FICTION

“I found a guy on the dating site,” Leanne nervously told her friend, Mark, Sarah’s husband. They were having monthly frozen yogurt together for the sixth consecutive month since her separation. The divorce became officially ‘final’ last Wednesday. She’d received messages from the site from eleven men. Two of them said in their opening lines that they were ‘technically’ still married. ‘Next.’ Seven of them revealed the very prejudicial elements she feared in men: militantly anti-gay, mildly racist, xenophobic, judgmental fear-mongering. ‘Next.’ One of them looked a little too much like Kyle, which she conceded was probably unfair to him, but she knew she’d never be able to fully open herself up to happiness if she was perpetually reminded of her ex-husband. ‘Next.’ The last man made it clear from his casual remarks that he was looking for an ‘easy’ relationship; his ex was what he described as ‘high maintenance,’ which led Leanne to (probably correctly) assume that her consistent medical drama would be too much for him, and she couldn’t have another man leave her feeling abandoned in times she needed support. ‘Next.’

“I haven’t actually talked to him at all yet.”

“I just found his profile, and I’ve checked it every day…for five days. I mean, I sign on every day with the intention of contacting him, and I know Sarah said to just do it, but it feels weird.”

“Ok, Lee. Look. You know how you partially blame Disney’s princess myths for your unhappiness? Well, here is where it’s manifesting itself. It’s not that you have unrealistic expectations inside a relationship. It’s that you have some warped sense of how a solid relationship starts. It doesn’t just magically happen. He’s not gonna ride up to your castle door, unsolicited, and slay a dragon for you, sight unseen, because he got some town crier medieval message about Fair Lady Leanne. He’s not gonna kiss you awake from years of coma when he doesn’t know anything about you. And frankly, you don’t want a guy that would do that shit in real life. That’s pretty damn creepy. You have to talk to the dude to get an eventual ‘happily ever after.’ There’s really no way around that.”

“I know that, Smartass.”

“Do you think if you stare at his picture and survey answers long enough he’ll have some unexplained, telepathic compulsion to contact you? Sarah’s right. Go get him. Who knows? He could totally be staring at your profile every day, hoping by some ethereal communication, you’ll send him a message. You think it’s easier for him to approach first because he’s a guy? I got news for ya…I’m a guy…it’s not easier. It’s pretty much exactly the same. Maybe worse, because so many women still expect us to make the first move. Trust me…it’s a giant relief when a woman approaches first. It’s not forward or ‘unladylike’ or whatever other bullshit word people still living in the 50s use for it. It’s actually kind of a turn on.”

“Really. Sarah made the first move.”

Mark heartily laughed. “She is…progressive. But you could do it.”

“Alright. I’m doing it. Tonight, I’m really gonna do it.”

“So look at this guy,” Leanne ordered her beagle/cairn terrier mixes. They both obediently stared at her laptop screen. “What do you think?” Homer and Marge both panted joyfully, and Homer raised his right front paw to place it on Leanne’s forearm. “Yeah? You guys like everybody though. You even kinda liked Kyle, and he hated you. What good are you? I need a more discerning eye. Should I get Sarah?” Both dogs thumped their tails against the sofa back at the mention of Sarah’s name, which they always did. Leanne knew it was because Sarah lavished them with long petting sessions, because her own dog of eleven years had just crossed the Rainbow Bridge, and Sarah unabashedly projected her residual Sunny-Dog love onto Leanne’s animals. But Leanne invented that the dogs wanted Sarah to come over for online dating encouragement, because that’s what she wanted. “OK. Recruiting Sarah.”

LJ: Can you come over tonight? I’ll get pizza.

SW: Sure. Mark will have his dinner with Frankie. They’ll get White Castles because I’m not home (barf). You don’t have to get pizza. Well, you have to get pizza, because now you mentioned ‘pizza.’ But I’ll chip in. 😉

When Sarah arrived, Leanne met her at the door with a solicitous look on her face. “What’s with the face?” Sarah bluntly asked.

“I need an honest appraisal of something.”

“Did Kyle contact you or something? You already know what my opinion on that is. I’m sure you don’t wanna hear it again…” Sarah kicked off her shoes to match Leanne and dug through her bag for some cash to contribute to pizza dinner.

“Did he ask you out, and you’re just all…tentative about it?”

“Ok. I’m confused. What am I giving you an opinion of?” Sarah looked up from unfolding a couple crinkled bills to meet Leanne’s eyes.

“This guy. If I should send him a message.”

“You need a pep talk just to message him? For real? Leanne…you’ve been on safari with lions and shit. How are you scared about emailing a guy?”

“I got along better with the lions than I did the man I married. I can’t be left to my own devices. I don’t wanna pick another doucheface.”

“Haha! You’ve adopted ‘doucheface!’ I love it! Alright. Let’s see this fella. Pizza is on its way, right?” Sarah flattened the wrinkled money on Leanne’s end table and left it there when Leanne nodded at her. Lee was standing awkwardly, pent up excitement and nerves evidently coming out without much movement and little revealing dialogue.

“Less than ten minutes out now.” Leanne pulled her laptop open and sat on one end of the sofa as Sarah took a seat on the other. Both dogs immediately jumped up in the space between them.

“Jeez Louise, I love you mutts, but this ain’t workin’ out,” Sarah chuckled. She stood and took a chair from Leanne’s small eat-in kitchen and pulled it up next to Leanne’s side of the couch. A dog couldn’t share that seat with her. “I swear I’ll pet the shit out of you after I do this and have some pizza.” The dogs each turned in circles and settled onto their respective cushions, showing slight, but accepted canine disappointment.

“You’ve created and reinforced their needy, greedy behavior when you come over.”

“I know. You neglect them. They’re starved for attention,” Sarah jibed, deadpan and sarcastic.

“Well, clearly we aren’t going just off ‘cute.’ And Kyle may look cute to the casual, ignorant observer, but all I can see when I look at him now is his scaly, forked-tongued interior.”

“It’s nice how you indulge me by making him into a Disney villain.”

“He is a Disney villain. In fact, he’s actually scarier than most Disney villains if you think about it. Cruella DeVille, Scar, The Horned King, Frollo, Ursula, and Maleficent at least had the decency to look like total psychopaths up front.” 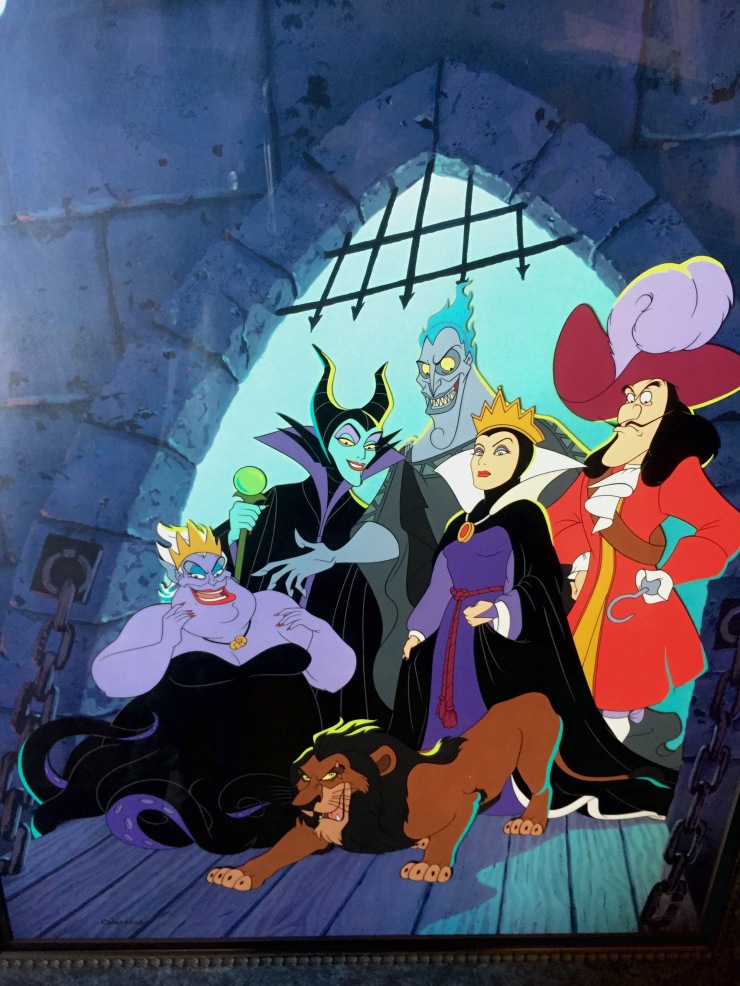 “That’s exactly why I want you to look at this man’s responses and everything before I message him. Cute can be really deceiving.” Leanne turned her screen toward Sarah and sat in reticence as her friend perused the page.