Fourth grade was a strange year for me. This Michael Jackson song came out that year, and it made me cry every time I heard it (it still does). Mr. Jackson, like many public figures, and hell, like many human beings, has a complicated legacy. I’m not here to defend him, but this song moved me as a kid and it still does. I took it seriously in the fourth grade, and I still do. It’s a reminder (not that I usually even need one) to notice other people, and that I CAN do something about their pain. I can’t solve big problems by myself, but I can do SOMETHING. It starts with me.

So, in the fourth grade, there was an opportunity in the little town I went to school in, to participate in a fundraising effort for St. Jude’s Children’s Research Hospital. I mean…I heard that Michael Jackson song over and over (and it always made me cry…and it still does), and then I found out that kids MY age…kids YOUNGER THAN ME…got *cancer.* And a lot of them *died.* So that bike-a-thon was a big deal to me. I went home and kind of demanded to participate in it, which was strange for me. I was little for a fourth grader. I’ve never been very athletic. I’ve never been a ‘sign me up’ for any kind of group activity person. And I knew my parents wouldn’t really want to take me to ‘extra’ something, because they didn’t really like taking me to ‘required’ somethings most of the time. But I was pretty persistent and serious so they signed me up and my skeptical mom even helped me fundraise. She would say to my aunts and uncles and her coworkers things like, ‘You know Jen. She won’t even ride a mile…’ I got a lot of big pledges. There were some folks who pledged me $5 or $10 a mile in the late 1980s, and in the area I live in, that’s a pretty big deal. We didn’t exactly know any high rollers and still don’t, but my mom had set them up to supremely underestimate what I was capable of. 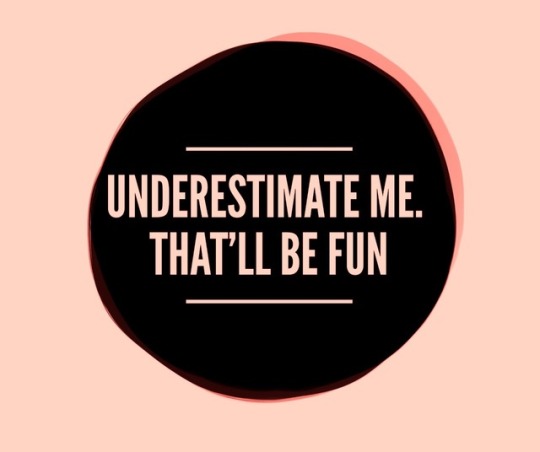 But I was riding my bike that Saturday morning for kids who were DYING from CANCER. I could hear Michael Jackson singing in my head every time I got my distance card punched. I rode 20 miles. Really. My mom spent most of Saturday evening trying to doctor the pledge sheets down to $1 or $.50 per mile instead so my family and her coworkers didn’t feel rooked and wouldn’t go broke. I did more than anyone thought I could then…than anyone really wanted me to then…because I was doing it for someone else.

When I was in high school, I was still not a joiner. But the one group I did join was the National Honor Society. It was a group for smart kids that made good grades, but it was also a group that emphasized service to other people and DOING SOMETHING to help people who needed it. I organized a bowl-a-thon for St. Jude my senior year for this organization and had to convince a bowling alley to donate lanes and shoes as a high school kid (who…let’s face it…looked about 12 when she graduated). And I organized a couple more bike-a-thons and elementary school math-a-thons for St. Jude without the umbrella connections and protections of sorority life when I was in college. I got food donations from local restaurants to feed participants lunch and prizes from some local merchants, and that’s kind of hard to do as just an individual without some Greek letters attached to your name.

A few years ago, when The Boy was still small enough to push around in a stroller, I started fundraising on social media for The Alzheimer’s Association. I have family members myself who have suffered with dementia and I have many friends who have been touched by it (1 in 6 people over 70 will be diagnosed with Alzheimer’s or another form of dementia). The annual drive for money and awareness walk is near my birthday, so I told people I’d consider it a birthday gift if they donated and/or showed up. I offered to dye my hair purple if we raised a certain amount of money and I’ve never colored my hair, but I would have…if I didn’t fail to reach the fundraising goal.

Every year now, my mom asks me what I want for Christmas and I tell her (and other family members who feel obligated to buy me gifts) that I want people to donate to a worthwhile cause…money and/or time and talent…instead of getting me something, because I’m privileged enough to not really need anything. And I’ve never known what to get my family as gifts anyway, so I donate in people’s names to charities every year on Giving Tuesday. J and I give to organizations that fight poverty and homelessness and disease and discrimination and violence. People think that makes me horribly pretentious and no fun, and maybe it does. Maybe I should buy them all another sweater they don’t need or another book they won’t read or a gift card to a restaurant instead of feeding truly hungry people who are food insecure with that same $50. J and I have tried to encourage The Boy to donate his excess to charity too, and part of that is getting him to recognize that he has abundance, and many other children and families are not so lucky. And part of that is getting him to see other people’s pain and the value of doing something for and giving to and taking care of someone else. The Boy and I try to do random acts of kindness whenever possible too…holding doors…paying library fines…leaving big tips…

It’s strange to me that even when I was a kid, it’s been easier for me to do things for other people, and to see other people’s need and pain, than it was for me to see my own and to want things for myself. I’m not self-aggrandizing here like…oh I’m so selfless. I think it’s weird, and sometimes a detriment, because I tend to easily overlook my own need and occasionally have to be told to take care of myself. Which is not a particularly awesome trait to have in a nearly 41 year old person. I know it makes me different, because setting up those charitable projects when I was younger was like a compulsory drive for me but like pulling teeth to get other people involved. I knew I wasn’t the only one who saw the need and the pain, but it seemed like other people needed to have some greater incentive to help other people than the helping itself. Moving toward a solution to a problem for someone else wasn’t enough for them; I had to add to it in some way to get them to sign up. It’s instead of a gift for me…it comes with free lunch…you get a t-shirt…you win a prize for raising the most money…I’ll post an embarrassing shot of me with purple hair on social media…
And to me, that was just…weird. Now, I know I’m the weird one, but often to me, someone else needing help IS the key motivator to do something and I don’t want the extra shit.
And I know that the prevailing philosophy about achievement is that we should do it for ourselves. We should take care of ourselves…we should focus on ourselves…we should accomplish great things for our own self-satisfaction and be self-motivated. Even the Michael Jackson song says to focus on the man in the mirror. But for me, when I look at myself in the mirror, all I can see is how much I have and how lucky I am and that I shouldn’t focus very much on myself because of that.
For me, my incentive to do meaningful things usually comes from doing it for someone else. That’s one reason why all the sale profits from my latest book release, Lit, go to The Trevor Project.

Thank all of you for reading the things I write here, and please, consider buying Lit, and also think about doing something for someone else who really needs help. We ALL know of someone who does. Maybe without getting the free t-shirt or the free lunch. Maybe without getting any recognition at all. Do it because you know they need help. And then don’t be surprised if it changes how you see the man (person) in the mirror.
Meanwhile, even though it sounds crazy after the piece I just wrote here, I’m going to try and not be constantly thinking about doing things for someone else. I want to make the world a better place, so maybe I need to focus some on me. I gotta get it right while I’ve got the time.