I write books and I love reading, so this is probably a semi-surprising title for a post. But here it is anyway. 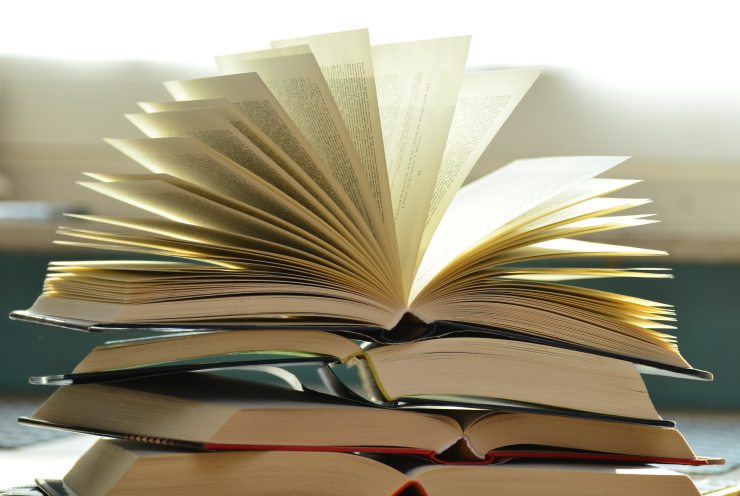 About 6 years ago, when I was looking for a way to fight social anxiety, I tried joining some small book clubs. That’s great, right? Small group of other book loving introverts (mostly…or at least understanding…I thought…extroverts) talking about reading books. So talking and social interaction should have been way less scary and taxing. I love books. I love talking about books. I talk about books to J all the time…the ones I read and the ones I write…and J always listens with an enthusiastic smile on his face, but he doesn’t read like I do. He’s more of a ‘work with his hands’ guy when he has some time to do what he wants. He says he ‘tinkers.’ So here was an opportunity for me to discuss books in depth with people who had also read the books and clearly consented to talking about them with me. Score! Right?

Turns out there were a couple of things that made book club meetings less enjoyable than I expected them to be.

The last book club I participated in was five conservative Christians (which is the majority of the population around here) and me. I suggested some reads for this book club–The Things They Carried by Tim O’Brien; The Color Purple by Alice Walker; The Last Flight of Poxl West by Daniel Torday; and Beloved by Toni Morrison. No one was particularly happy with my selections. Questioning the morality and impact of war, the experiences of Jewish Americans/immigrants, and the experiences of black people, particularly black women weren’t very appealing reads to them. They did agree to read the two written by white men though. I wasn’t thrilled with most of their selections either. They were surprisingly dark and violent, or overtly religious themed (or both), except for Paulo Coelho’s The Alchemist (which I do like a lot). One suggestion was a Christian ‘romance,’ because the other members of this book club wanted to show that they ‘knew’ me and claimed they chose that for me.
The story was about a prostitute (surprise! why do so many romances…particularly RELIGIOUS romances…feature the heroine as a prostitute?) who leaves her life of obvious sin (way to judge sex workers…subtle) to marry a handsome virgin farmer. The virgin farmer ‘saves her’ from her live of evil sex outside of marriage and financial independence by ‘buying’ her, and kidnapping her while she was unconscious and injured and taking her to his farm, where he diligently works to wear her down…I mean…’earn her love’…after *pleading* with God to find him another wife…not THIS dirty harlot…why do you want me to marry THIS dirty harlot, God? There is never any formal religious ceremony to say they are married, but he’s a virgin farmer who has a Bible, and he says they’re married, and that’s enough. She’s resistant to his advances…er…*love* for a while, and runs away more than once. He never understands why she doesn’t trust him. (Couldn’t possibly have anything to do the buying and kidnapping her while she was unconscious I’m sure). Both of them are terribly slow to learn from repeated life-changing tragedy, but eventually (of course!) she sees the error of her life before the virgin farmer and realizes that giving her entire life over to God and her husband…and not making her own choices about her life, career, and romantic/sexual partners…is the right way to live.
Another book choice was about a parent whose child is murdered by a predator, but the moral of that one is to just trust God and everything’s great; there’s no reason to question your faith or be mournful about anything…including the violent death of your child…because I mean…there’s God.
One selection was so violent and disturbing in chapter ONE, I couldn’t keep reading it. I don’t think a person should finish every book they start or anything, but it’s rare for me that I don’t finish one. I didn’t get past chapter one of that one.
I’ve never had more nightmares than I did reading books in this Pretty Much Christian Book Club, and I’ve read Stephen King novels. I watch true crime documentaries a lot. I can watch open heart surgery on PBS medical science programs. But I mean wow.

That book club wasn’t a good social fit for me. And I didn’t really enjoy plugging through the books I didn’t choose (except for The Alchemist, like I said). But those books weren’t the worst book club experience I had.

Prior to that one, I’d tried a different book club, and I had a lot more in common with the members of that one, philosophically, morally, and socially. And we all agreed on which books to read much more readily. But the WORST book I ever actually finished reading (it was a grind) was in this book club. It was John Updike’s Rabbit, Run.

I know. John Updike is a classic, celebrated author. That book is on a lot of ‘everyone should read this’ book lists. That’s one of the reasons we chose it in that book club. It was an ‘everyone should read it’ book and none of us had read it. I started reading it on an airplane with J and The Boy on the way to Disneyland…the happiest place on Earth. By the time I’d finished it, I was morosely depressed.
I’ve never read a book that made me feel more hopeless and depleted my faith in humanity like that book. And again…I’ve read books about serial murderers and Nazis and war. But in this novel…there were no heroes. There were no characters I could relate to and root for and feel good about or any real empathy for (and I can feel empathy for some real jerks…seriously…it’s a skill sometimes I wish I didn’t have).

I realized some things about myself being in book clubs, so they were valuable experiences, even though one of those realizations was, ‘Yeah…I probably shouldn’t do book clubs.’ I learned that I don’t like to feel forced to finish a book that makes me feel bad reading it. It was one thing to choke down a book that wasn’t my favorite in school for grades and credit hours. It’s quite another to do that with ‘free’ time that’s supposedly leading to fun social interaction. And I learned that I need a character I can care about and want to succeed in a book to want to finish reading it; to get invested in it; to feel okay about life in general, really.
I hope in the books I write, there are characters readers feel for and care about and want to succeed. I hope I’ve never written something that made a reader lose faith in humanity or feel hopeless. That’s the opposite of what my goal is as a writer.