I know that’s a corny thing to say. But there it is. It’s true.

J IS a brave and chivalrous man. J is a man who walks in the rain if a pop up storm appears and there’s only one umbrella in the car, so The Boy and I can use the umbrella. J is a man who finds out every piece of reliable information he can find when I’m anxious during a situation in our community and in the world that we have no control over, and he makes plans and reassures me.
He often says, ‘What are you most worried about?’ or, ‘What’s the worst thing in your head?’ and then when I answer him, he’ll say, ‘I don’t think that’s going to happen,’ or, ‘That’s unlikely to happen,’ and then he’ll give me the reliable information he’s found to back it up, and I know he isn’t just lying to me because he doesn’t want to hear the anxiety/the anxiety is annoying or a burden to him. I know he really believes that.
AND THEN, he says, ‘But if that DOES happen, here’s what we’ll do.’
I can’t overstate how valuable that is in calming my panic.
Part of it, of course, is that the existence of a plan of some kind is comforting.
But actually MOST of it, is that J took me seriously. HE thought about that bad thing too. Maybe he didn’t think about it until I brought it up, but he didn’t dismiss me. He THOUGHT about it, and thought, ‘Alright. If <unlikely, terrible situation> actually happened, how would we get through that?’
He thought about it. And came up with some possible solutions. To the heretofore nonexistent problem in my head.
He doesn’t tell me I’m crazy. Or irrational. Or just searching for things to be unhappy about. Because he knows that most of the time, I AM rational, and I’m searching for things to be HAPPY about, and that’s the way I operate best.

In 2009/2010, when I began seriously writing Building: A Love Story, J was clearly a major influence on the hero in that story, Alan Evers. There is a scene in that book where Alan is explaining himself to Jessica why he takes a simple (she thinks quirky) action when they are together, and his explanation is that he wants to protect her.
To paraphrase my own words, he says that even if/when the danger of any situation is small, if something bad DOES happen, he’d much rather it happen to him than to her.

And that’s what J did today. He woke up this morning, earlier than our normal, lazy Sunday, and he went to our local grocery store.

Which has been crawling with more shoppers than normal and not as well stocked as it normally is for the past week, and *incredibly anxiety inducing* for me. I really never have been a fan of shopping at all or the grocery store in particular, but now, it’s downright terrifying for me to go. J never goes alone, though. In fact, for the entire time we’ve been married, J has only gone to the grocery store alone for things like, ‘We are out of <one thing>. Could you please get some on your way home from work?’ Which he always has done without any complaining. But to load up a cart with stuff we need for a whole week? That’s either been me alone, me with The Boy, or me with J or all of us as a family. Not today.
Today, J went alone with a very detailed list to do our grocery shopping for a week. 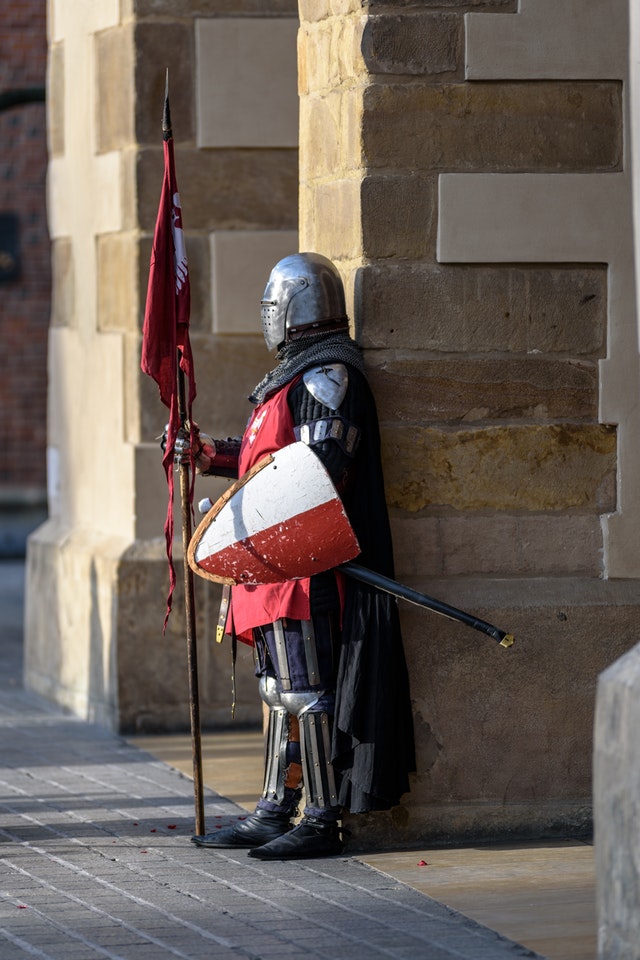 I know that doesn’t sound very much like dragon slaying.
But he’s my hero who’s protecting me this morning.