Every day the weather allows us, The Boy and I take a walk together, either through our neighborhood, or my parents’ neighborhood, or a local park/walking trail. When J is home with us, he goes too, but it’s almost every day for The Boy and me. We are responsible and maintain social distance and when we go to the parks, we carry masks, which we wear when we come anywhere closer than 10 feet to other people.

I remember taking my son for walks and pushing him in a stroller, or carrying him. 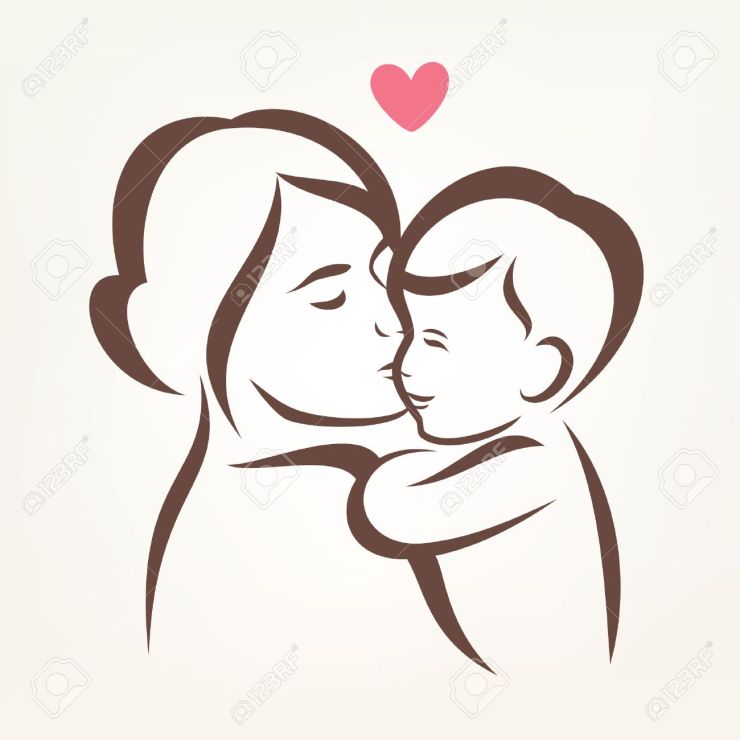 And I remember walking with my son when he was small and holding his hand.

And I remember in the past 2 years, having The Boy move to walking with me, but separate from me. But there was still a sense that he was a little boy. 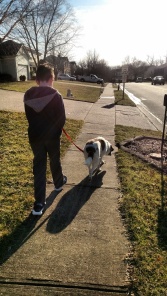 But now, The Boy is about 4-5 inches taller than me (and still not 13), and it’s quite obvious that he’s becoming a man. Not just physically. He’s beginning to look and sound like a grown man, but more importantly, and impressively, he’s beginning more and more each day to act like a grown up. His favorite musical artist is Eric Hutchinson, and there’s a song, Dear Me, which I’ve written about before, that has a line, ‘Keep growing up, but don’t get old…’
I think The Boy is doing just that.
He’s becoming a young man who understands and takes responsibility for himself and cares about other people. I’m proud of that.
He’s growing up in a time of exceptional hardship and chaotic uncertainty, but he handles himself with maturity and kindness. I’m proud of that too.

Our walks have radically changed over The Boy’s short lifetime. He’d sleep in the stroller a lot on walks. Those were mostly for me. And when he was small, and I’d hold his hand, our walks were usually going somewhere entertaining for The Boy…the zoo, the park, Story Time at the library. Those were mostly for him. The past couple years, our walks were traveling on family vacations to cool places all of us wanted to see…National Parks…Disneyland…other amusement parks and places to explore and see. Those were for all of us, but The Boy, as illustrated in those pictures, has started to find some independence and interest of his own, separate from J and me, in the places we go.

Now, our walks are really the main way and time we get out of the house because of the situation in our community and world. It’s definitely weird and sometimes difficult. And I know I’ve written about this before the place in history we’re currently in, and since, but The Boy and I talk a lot on these walks. He LIKES talking to me, and I don’t really think it’s just because I’m all he has to talk to (he texts his school friends, and he’s started seeing them in online classroom meets again this week…yesterday was the first day of school…hopefully the strangest and most difficult first day of school The Boy has to ever deal with). And I love this.
The Boy is forward and future thinking like J and I are, and he likes to focus on the positive too, so we talk about places we want to go on our walks quite often. Our passports finally arrived (we applied pre-COVID in very early March), so that’s sparking a lot of travel discussion. He wants to see the Louvre in Paris. He wants to see the castles in Scotland. He wants to see everything and eat all the food in Italy. He wants to go to Berlin and see where the wall was. He wants to visit New Zealand and Iceland and Japan and the Great Wall of China and the Galapagos Islands and Rio de Janeiro and South Africa and Tanzania and Egypt and the Taj Mahal. “Heck, Mom, I want to just go to Canada and the Eastern US like we planned for this summer…and I want to go to the Grand Canyon again and ride the train, and I want to see Yosemite again, because we didn’t spend a long enough time there last time. And I want to see Mount Rainier and Multnomah Falls and Seattle and Portland and British Columbia and walk across the Golden Gate Bridge…”

We finally landed on talking about Las Vegas. The Boy doesn’t think that’s our kinda town. It’s loud and bright and busy. But it has some really cool shows sometimes. And I said that’s true, but it would have to be a hell of a show to make a trip to Vegas worth it for quiet dorks like us. And then he said, “Maybe if Freddie Mercury or Kurt Cobain came back from the dead and were going to play one live show…” And I said, yeah, that’s true, but if Kurt Cobain came back from the dead to play ONE live show…
And then we both said in unison, “…it would almost definitely not be in Vegas…”
We talk about music and movies and TV shows and books. We talk about privilege and how to be a good person, and how we can never stop learning and improving on being a good person.

Our walks have changed a lot in 12 years. The Boy talks a lot about a lot of highbrow topics now when we take walks together, and I have to look up to make eye contact with him. They used to be silent strolls with me pushing a tiny baby in a stroller.
I have a couple of close mom friends (definitely the three women closest to me who have children) who, when I tell them something new The Boy and I talked about, or show them a photo of The Boy and they can see his height and the beginnings of facial hair, or I send them a video of him playing piano or violin and they assess his skill level, they sort of mourn the fading away of his childhood into him becoming a man.
But I don’t.

I know most parents think their kid is great (at least I hope they would), and I know maybe it’s obnoxious that I’ve written about this before and I’m repeating it, or maybe that I say it at all, but…my kid is really great. I like him better every day. I’m proud of the young man he’s becoming, and I have a feeling I’ll be proud of the man he’s eventually going to be.